The art of carpet is a remarkable page in the cultural heritage of Moldovan people. The carpet reflects the variety of aesthetic concepts of Moldovan people, along with their model of beauty and harmony. During many centuries, there were selected and improved different ornamental motifs, colour compositions and ranges to make the aspect of the carpet more pleasant. The art of Moldovan carpet has eternal roots. The technical processes and the ornaments carry the mark of different ethnic groups, such as: Thracian, Roman, Slavonian, Turkic, etc. Significantly, this thing is observed in terminology: wool, hemp - are of Latin origin; carpet, stand(frame) –Slavonian origin; kilim, rug, quilt – of Turkish origin. As an industrial branch, the manufacturing of carpets in Moldova appeared in the domestic conditions of peasant households. 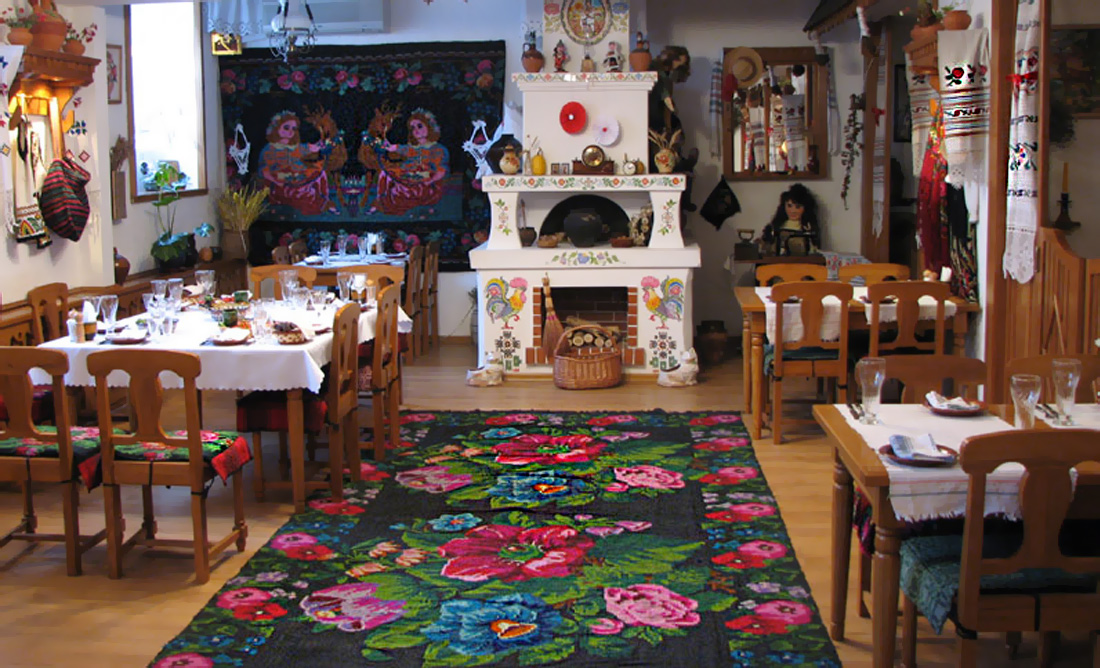 The oldest Moldovan carpets, that are still actual, date back at the end of the 18th century. Mentions about carpets from previous periods can be found in archeological discoveries, old books, historical sources, etc. The documents from the 15-16th centuries contain references to the existence of drapers, twisting and weaving workshops in Moldova, that belonged to the boyars and rich peasants. There are listed carpets, kilims, rugs, quilts in different legal acts and dowry lists in the 15- 16th centuries. In Moldovan folklore the carpet was the symbol of diligence and talent of feminine hands. The carpets were kept carefully and transmitted by inheritance.

The raw material used in the weaving of Moldovan carpets was of local origin, obtained in the own households. The processing of wool, hemp and flax as well as the twisting and dyeing of yarns were performed in domestic conditions. To make the carpets durable, the tissue was twisted from long wool yarns. In the second middle of the 19th century the wool tissue began to be replaced by that of hemp or cotton. The most complex process in the carpet weaving is considered the wool dyeing. For this purpose, there were used natural dyes, prepared according to some special recipes. The dye was obtained from the boiling in water of leaves, flowers, rind and roots of some plants, as well as from different minerals.

For example, the dark brown colour was obtained from the green rind of oak, the yellow-brown one was prepared from the corn silk, the black one – from the green walnut shell, etc. The wool was kept in that liquid until the necessary colour was obtained. Sometimes the same colour was prepared from different plants, but sometimes different shades of the same colour were obtained from the same plant. The secular traditions and the existence of some dyeing processes with natural paints created consequently some harmonious combinations of pastel colours, that constituted the distinctive characteristic of Moldovan carpet.

In the 16-17th centuries there could be outlined some particularities of carpets from different historical-ethnographic areas. In the northern and central area of the country, the carpets were woven on a vertical tool(loom,), in the southern area - on the horizontal (stand/frame). The use of different tools and of various technical processes influenced the aspect of carpets, their dimensions, structure, ornamental composition, etc. In Moldova there also were manufactured fluffy carpets (rugs), using weaving technique similar to oriental ones. A particular characteristic of these carpets is that the yarns were connected to the tissue by knots and thus the carpet got a fluffy look.